A historic district, with some buildings dating back 250 years, Winchester Old Town Mall, also known as Loudon Street Mall is a pedestrianised shopping district which is home to a variety of retailers and restaurants.

Therefore a solution was required that would stop non-permitted vehicles entering the street, but allow access for authorised vehicles to make early morning deliveries.

Due to existing underground utilities being close to the surface, this prevented the use of a traditional deep mount product. Heald’s Matador bollard systems accommodated the site requirements by having a shallow foundation depth of just 110 mm. The Matador is the ideal product for existing urban areas where site conditions prohibit a deep excavation.

It was important that the install blended in with the aesthetics of the historic Winchester Town Mall. In particular, the Matador’s base (anti-slip top coating) was sprayed a chestnut brown colour to match the surrounding brick work.

Two of Heald’s HT2-Matador 4’s were selected to secure the North and South entrances. Crash tested to a variety of international standards, the HT2-Matador 4 is a sliding bollard system consisting of two fixed bollards and two central sliding bollards, operated hydraulically.

As well as Heald’s anti-slip top coating being sprayed to blend in with the existing brick pavers, the Matadors were supplied with sleek black covers to blend in with their surroundings, in particular matching the style of surrounding street lighting. The cabinets to house the electronic controls were also covered in historic pictures of Winchester which were taken from Handley Library’s archives. Old Town merchants also requested a street map of the area which was integrated into one side of the panel facing the Loudon Street Mall.

Police, fire and rescue personnel have also been provided with remote controls to allow emergency personnel to open the bollards at any time due to the emergency fast operation, meaning the Matadors will open in approximately 2 seconds to allow access for emergency access.

David Wachs, President at Concentric Security LLC said “The Matador is the ideal product for existing urban areas where utilities and site conditions prohibit large excavations. We are proud to have been able to secure this prestigious location with the support of Heald”. 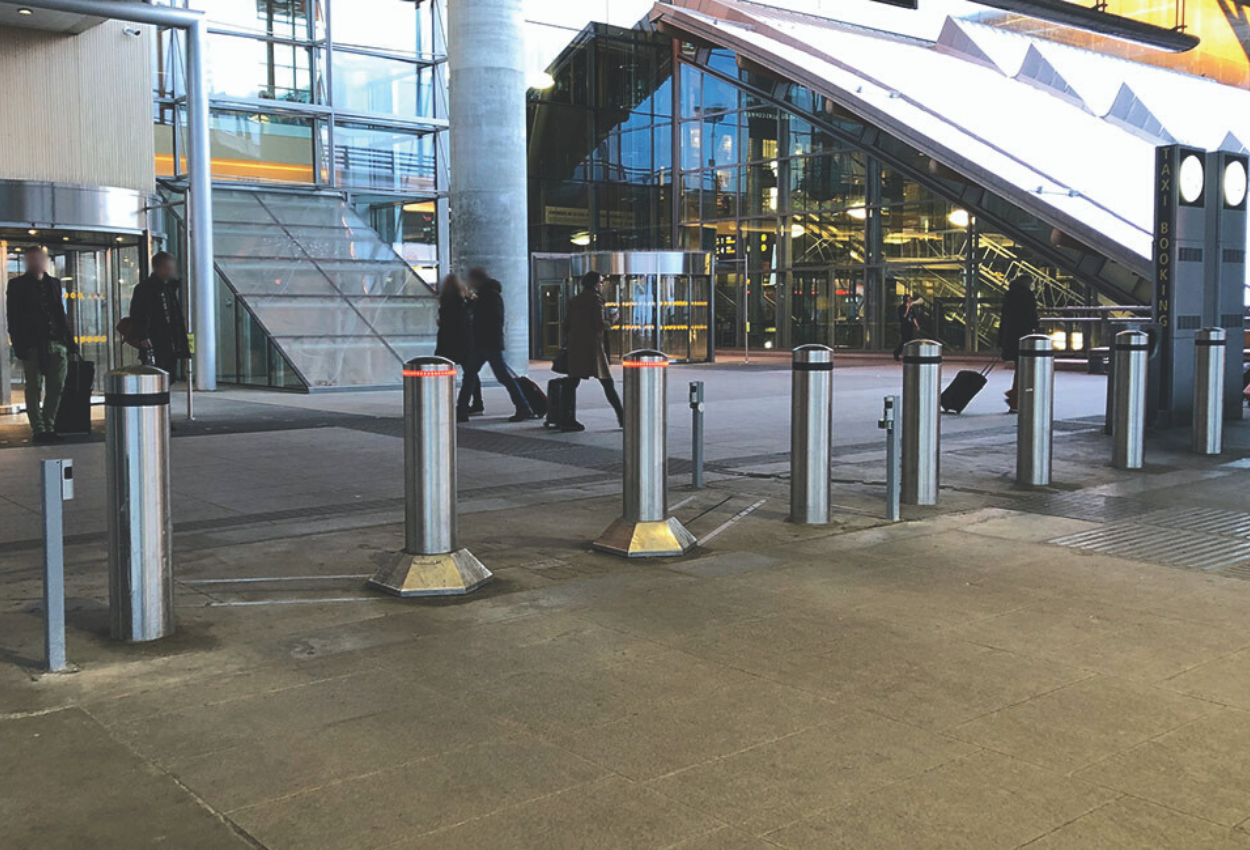 With an average of 28 million people travelling through Oslo’s Avinor Airport, it was crucial that the airport provides ...